Lydian Armenia's response to SLAPPed but not silenced report

"Lydian Armenia filed a lawsuit against NV for her public groundless allegations of the Company on corruption, not for the questions raised by NV during the public event... the First Instant Court on Common Jurisdiction and Civil Appellant Court of Armenia ... found that the statements made by NV in respect of the company are of defamatory nature and significantly damaged the company’s business reputation. The courts additionally concluded that NV’s statements were aimed to create a negative sentiment towards the company... 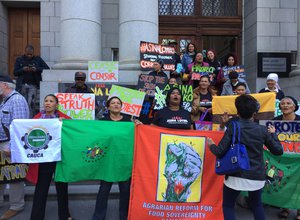