In interviews with EGSS workers carried out by the SC WWD during this year’s FCWC, several compliance issues with the WWS and the Qatar Labour Law were identified, and the company was reported to the Ministry of Administrative Development, Labour and Social Affairs (ADLSA) in February 2021.

After EGSS workers went on strike on 26 April 2021 for a matter related to their new employment contracts which, according to ADLSA, were not in line with revised Qatari legislation that went into effect on 20 March 2021, an unannounced ethical recruitment audit was conducted by the SC WWD. During that visit, several additional non-compliances with the WWS were identified. A rectification plan was issued following this audit with its implementation currently being monitored by the SC WWD.

Qatar: Security guards at EGSSCO given contracts restricting their ability to change jobs in breach of Qatari law; clients of EGSSCO provide clarification 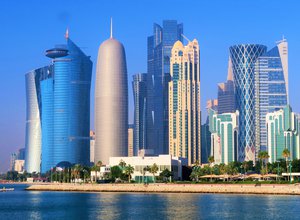